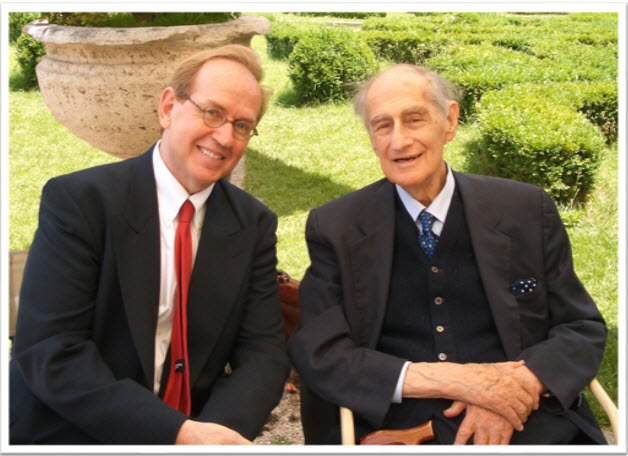 I spent Spring and Summer of 2005 with renowned composer Gian Carlo Menotti at his home in Scotland and later in Spoleto, Italy at the Festival of Two Worlds.

It all began in April when I received a phone call from my good friend Bärli Nugent, Director of Chamber Music and Assistant Dean at Juilliard.  Bärli and I met at the Aspen Music Festival in the late 70s, when she was the flutist with the Aspen Wind Quintet. Since then, we have collaborated on numerous arts projects, and she knows my playing and work ethic well.  In 2003 and 2004, Bärli accompanied the Juilliard Orchestra to the Spoleto Music Festival to coordinate their rehearsals and performances and to organize the chamber music concerts. This connection is where my story begins.

Bärli had been contacted by Francis Menotti, President and Artistic Director of the festival and adopted son of Gian Carlo.  He was looking for someone to work with his father to assemble and revise his manuscripts for republication, to create an archive and a chronology of his works, and to help him write his memoirs.  Gian Carlo turned 94 in July 2005.  On Bärli’s recommendation, Francis called me from Italy on a Friday, and I was flying to Scotland three days later for a week’s visit with the maestro at Yester House in Gifford, near Edinburgh. 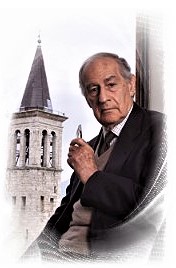 Gian Carlo Menotti was the quintessential gentleman, possessing old world charm and elegance.  He was formal and social, yet humble about his fame and accomplishments. John Ardoin wrote in his Stages of Menotti, “Somewhere in the world, virtually every day of the year, music by Gian Carlo Menotti is performed.  It could be on the stage of the Hamburg or Vienna Opera, in a hall in Johannesburg, in a high school auditorium in Texas or on a television screen. In this century, Puccini is the only operatic composer to rival him in number of performances.”

But Menotti was not just a composer of operas. He also wrote cantatas, concerti, all sorts of chamber music, ballets, plays, Broadway shows, and a symphony.  He is a legend and winner of two Pulitzer Prizes.  Every Christmas you are likely to find someone performing Amahl and the Night Visitors, his first opera created expressly for television. I am grateful not only to have worked with Gian Carlo, but to also count him as a personal friend. When my trial week ended, I returned to the States for a brief concert tour and flew back to Scotland soon after to begin work on the project. 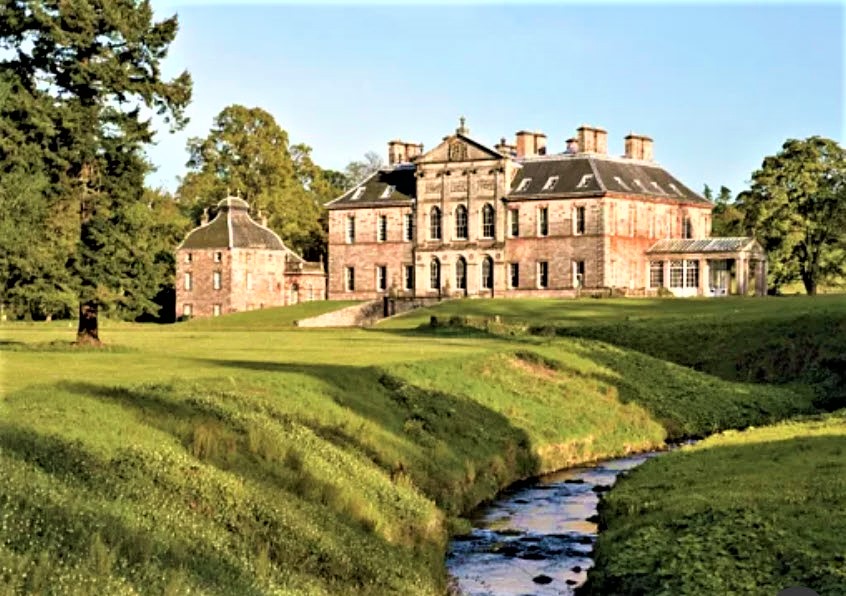 Menotti’s home, Yester House, is one of many landmark castles in Scotland. It reminded me of New York’s Frick Collection with its grand rooms, elaborate décor, paintings and sculptures. With more bedrooms than I can remember (all with names), it holds memories of noted visitors, including Bill Clinton, Queen Elizabeth, Prince Charles, Jackie Onassis, the Rockefellers and many others.  My bedroom, the Oriental Room, is where Prince Charles slept when he visited.  There were rumors, substantiated by Gian Carlo himself, that the house was haunted, with infrequent activity in the bedroom across the hall from mine, and Malinda Menotti’s, which was next door.  Malinda was Francis’ wife and step-daughter of former New York governor Nelson Rockefeller.  Despite Malinda’s assurances that she had never seen ghosts, I believe I might have and often felt a chill when I was alone in that part of the house at night.

For the month of May and early June, Malinda, Gian Carlo, and I were the sole residents at Yester, excluding the household staff, two birds, and Francis’ sister from Philadelphia, who came for a lengthy stay. There were occasional visitors, as well, one a former child actor who had starred in some of Menotti’s operas. We all grew to be very close. Sadly, and suddenly, Malinda died at age 45, just two weeks before I began this article.

At my suggestion, the house was wired for WiFi internet access, which allowed me to finish most of the chronology of Menotti’s works, but the editing of his manuscripts was put on hold when he became seriously ill for several days. When it was clear he wouldn’t have the strength to continue, I went with Francis to Spoleto to help organize the festival’s chamber music concerts. Gian Carlo soon rebounded and joined us with renewed energy.

The Festival dei Due Mondi (Festival of Two Worlds) was Menotti’s vision 48 years ago (1957). The name reflects his desire to bring American artists to Italian soil, as he believed Italy needed the influx of talent to raise their cultural standards. He later established Spoleto USA in Charleston, South Carolina, but this organization is no longer affiliated with Italy or Menotti. The Italian festival enhanced the careers of many of today’s most famous artists – Yo Yo Ma, Placido Domingo, Renee Fleming, Joshua Bell, Jean-Yves Thibaudet, Paula Robison, Luciano Pavarotti, among countless others.

A month before the opening of the Festival, the entire festival staff traveled to Rome for the annual press conference. This year it was held at the Galleria Borghese, and it was grand – celebrities, cameras, dignitaries, corporate leaders, and great entertainment.  We had the entire gallery and grounds to ourselves. The main attraction, of course, was Gian Carlo whose entrance brought cheers and a standing ovation.

Beginning each year around the first of July, the festival lasts for three weeks. By the time I arrived in June, most of the artists had been chosen, but it was my job to decide the programming of the two chamber music series – the Mezzogiorno (mid-day) and the Umbria Segreta (secret) concerts.  I was also engaged to perform on both. 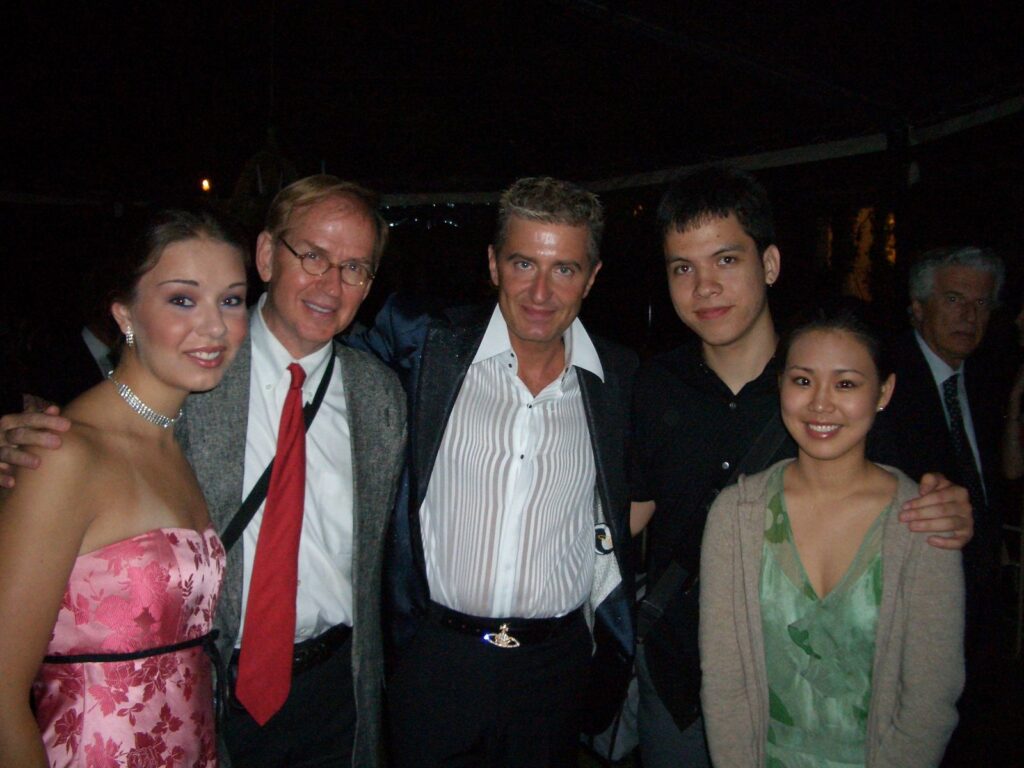 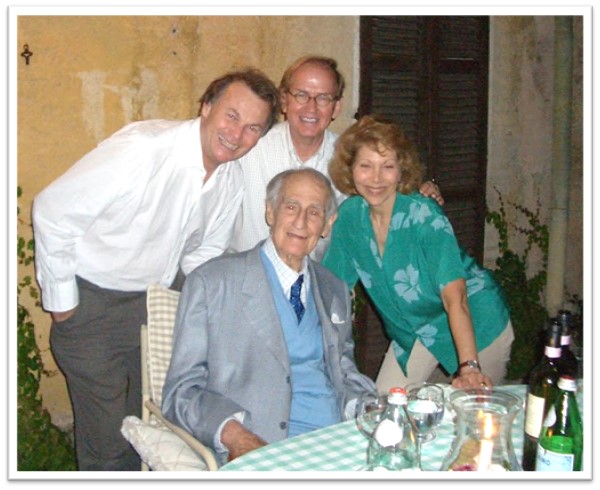 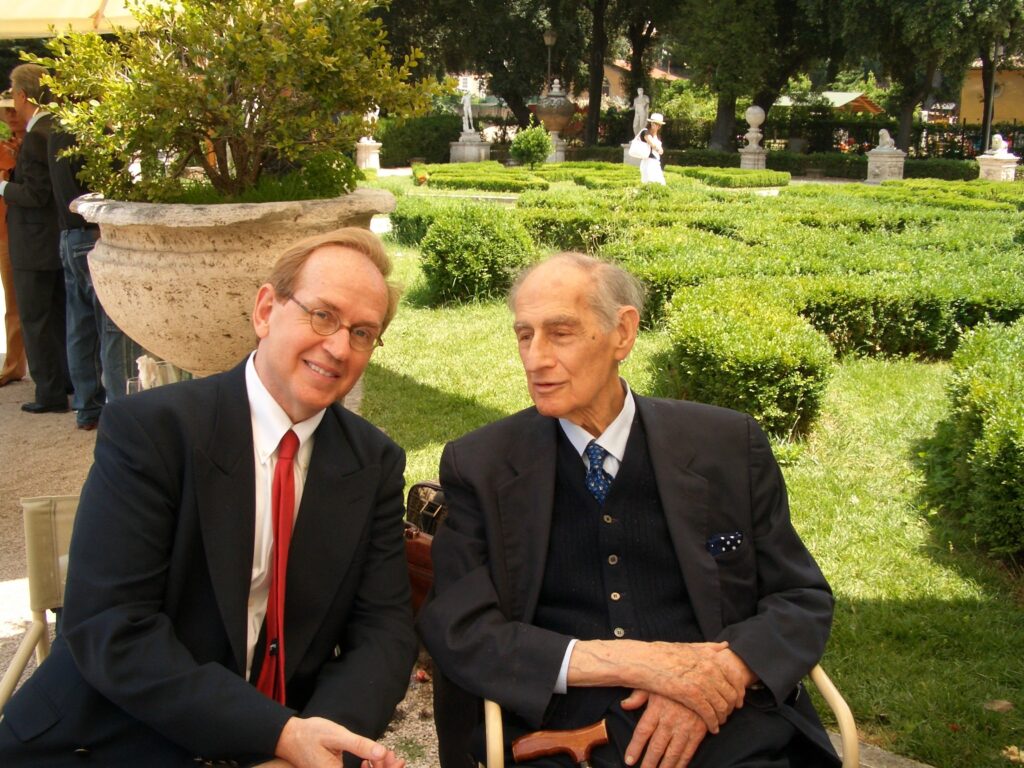 The daily Mezzogiorno concerts were in the Teatro Caio Melisso, a charming, ornate hall in the Piazza del Duomo refurbished by Gian Carlo. Flutist Paula Robison and her husband Scott Nikrenz organized these events for many years and performed frequently. My first concert here was with Juilliard’s Attacca Quartet.  We performed selections from my Voyage CD and other works from the repertoire. We shared the hour with pianist Jean-Yves Thibaudet and cellist Gautier Capuçon.  It was Menotti’s concept to have no single performer play the entire hour.  My goal as organizer was to program two ensembles playing for 25 minutes each – no encores allowed.  This was the first season Menotti did not introduce the artists and repertoire from the stage, although he was often seen sitting in his private box. All mid-day concerts were followed by private receptions in Gian Carlo’s home directly across the piazza. 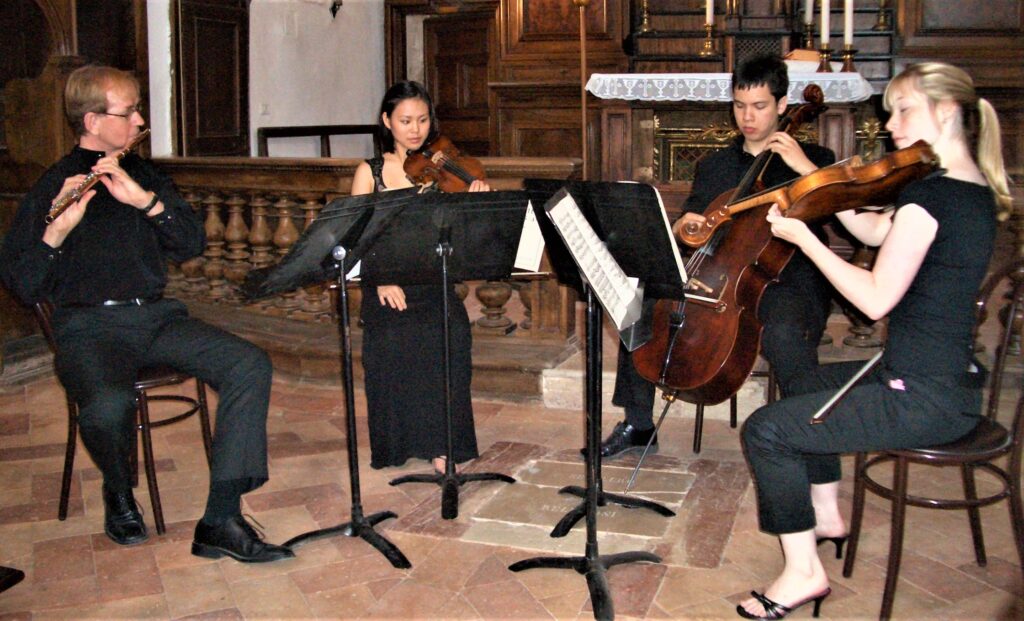 The Umbria Segreta concerts were held in landmark churches throughout the countryside and also took place during the noon hour, but less frequent.

Ticket holders met at designated locations and were transported to and from the performances by bus. If the location was accessible, the festival provided pianos; if not, I programmed artists not requiring keyboard. On two such occasions, I performed both as a soloist and with the Attacca Quartet. Like the mezzogiorno concerts, these performances were followed by elaborate luncheons sponsored by festival patrons such as Urbani Truffles, Monini Olive Oil, and numerous others.

Media coverage throughout the festival was intense, and almost every performance drew television journalists and photographers. Since I was friend of the Menotti family, I was interviewed three times, always caught by surprise and never fully understanding what the reporter was saying. I have no idea how I came across on TV, but I enjoyed my 15 minutes of fame one evening when a waiter greeted me by name as I entered a restaurant.

The festival opened and closed with formal concerts in the Piazza del Duomo, surrounded by the Duomo cathedral, Gian Carlo’s home, a palace, the festival offices, and the Teatro Caio Melisso. This year’s opening featured pianist Jean-Yves Thibaudet with the National Orchestra of Belgium.  Afterwards, there was a black tie ball with music by Max Raabe and the Palast Orchester.  The closing concert featured the Philharmonic Orchestra of Saint Petersburg.

I always knew Spoleto was a music festival, but I was surprised to learn that it also included classical and modern dance groups, a theatre-size marionette show (one of Gian Carlo’s childhood hobbies), an art exhibit by Demetrios Psillos, a film festival, a set design exhibit by Bruno Rubeo (Driving Miss Daisy, Platoon, Fourth of July…), drama, opera, and other events.  There were even Ora Mistica concerts at midnight.

Spoleto is a charming town with stone streets about an hour and a half northeast of Rome.  The landscapes are breathtaking.  If you have ever considered an Italian vacation, the Spoleto festival would be worth investigating. I had a wonderful experience and will be returning for years to come. (Appended: Gian Carlo died a year later in Monaco. The Festival was taken from the Menotti family by the city of Spoleto. I never returned.)

I hope you enjoyed my story.